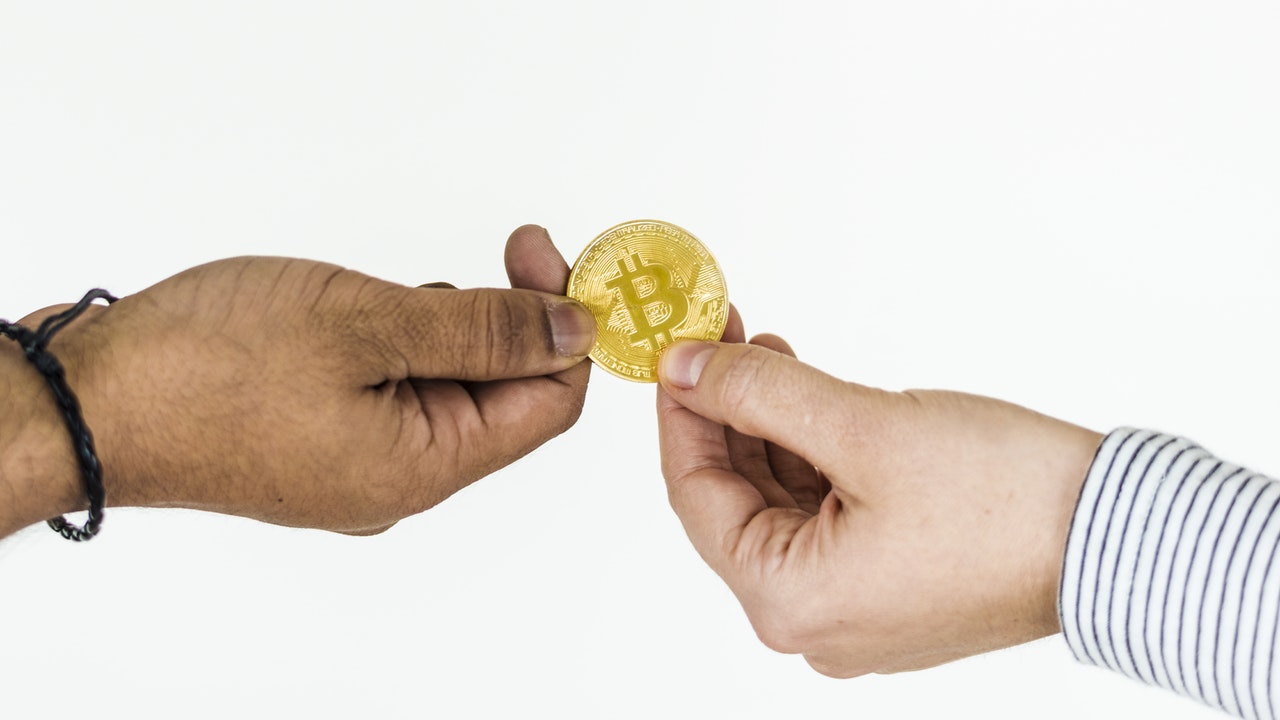 Unknown to the general public, the term ICO is increasingly used in the business world. An ICO (Initial Coin Offering) is ultimately nothing more than a fundraising operation. France is the first country to establish an open regulation and aims at making the Paris financial centre more attractive. The Participatory Investment Advisors (PIA) have a place to take.

The ICOs, are just "simple" fundraising

In the classic fundraising, it would involve buying shares or shares of a company. In the ICO, it will often involve purchasing a digital asset (Token) representing a "right of use" - a storage space, miles, access to a service, payment means of , etc. Similarly to a share, a Token is exchangeable (tradable) and may increase or decrease in value. In a classic fundraising, it is invested only in currencies of legal tender (Euros, Dollars); in an ICO, it is also possible to invest in crypto-currencies (Bitcoin, Ethereum, etc.).
Technically, an ICO uses the blockchain technology.

The project, the creation of the Token and its utility to the intended product shall be described in a white paper. In order to encourage a larger pool of investors, the Token must have an utility directly related to the structure of the project and the company. The investors must clearly and easily understand what is the value of the Token and why it will increase in parallel to the success of the company.

The ICO, or Initial Coin Offering, is a fundraising process, in which a company builds a Token (digital asset) supported project and makes it available to investors in exchange for legal currency or crypto-currency.

The difference, in our view, between traditional fundraising (IPO: Initial Public Offering) and ICO is within the technical, organisational and "governance" modalities.

To the extent that Token is not necessarily a financial asset (share), or the acquisition currency does not necessarily have a legal tender (crypto currency), and the used tool is a website, it is understood that an ICO:

Therefore, it is understood that the ICOs have "skyrocketed around the world and that their volume has doubled again in 2018.

Do you have an ICO project?
Discover MIPISE specific ICO's offer

The success of ICOs worldwide

Therefore, tokens are in the heart of a new digital economy. They make it possible to use new strategies. They are a mean to create new sources of financing, and to offer new investment opportunities. They remove the barriers between professional investors and individual investors. They allow everyone to focus on services identified as promising. They compete with the work of traditional investors, since any Internet user can decide to invest in a project. The access to capital is in some ways more ‘egalitarian’, because the funding process is decentralised. The Tokens pave the way for new business models.

The ICOs in France

In this context of ICOs, France occupies a still modest part with a volume of ICOs not exceeding $ 140 million at end of July 2018 (Source: Les Échos). Countries like Russia, Switzerland and Singapore, but also Cyprus, Estonia and Slovenia, are far in advance!

Is it inevitable? Of course no, in fact, quite the opposite is true. The reason is simple: the ICOs have achieved successes, but they have also lead to many failures and even scams.

Therefore, the total deregulation was not only good. The French legislator, by proposing to the ICO issuer to obtain an optional approval from the French Financial Markets Authority, aims to attract the "good" ICOs and give confidence to the investors. As France is renowned for the quality of its banking and financial supervision (the French ACPR and AMF), having an AMF approval (or an ACPR approval) constitutes a valuable and distinctive argument.

What are the risks associated with the ICOs?

Currently, the ICO risks are high. The subscribers have no guarantee in exchange for the tokens purchase. They have no right of recourse in the case of dispute, and funds lost in the case of fraud cannot be recovered. The risks of market abuse, price manipulation, insider trading, organised crime and terrorism financing are significant. Besides, the volatile prices for cryptocurrencies and no set tax rules.

The lack of regulation certainly allows the innovation to flourish, but the disadvantage of having all issuers types on the same line, without providing to the investors with sufficient means to distinguish between serious offers and abusive or even dishonest offers. However, there is currently nothing that distinguishes the actors who act with diligence in terms of information, identification and knowledge of the customers, from those who do not comply with any rules.

Do you have an ICO project?
Discover MIPISE specific ICO's offer

The French response to secure the Initial Coin Offerings

The legislator has clearly understood the risks involved in the ICOs. The challenge is to combine the advantages of deregulation with prudence rules.

France has opted for the optional approval issued by the AMF authority. Everyone will be able to obtain this AMF approval if his ways of acting are accompanied with rules on secure processes, for example in the fight against money laundering, and will provide non-misleading information.

Many countries - the SEC in the USA and others - have positioned themselves to warn subscribers and clarify certain some of the game, but there is non other country, like in France, which conducted public consultation aimed at developing prudence rules. This was initiated by the AMF and the findings were disclosed (see AMF-ICO Consultation).

This work resulted in a consensus (art. 26 of the Covenant) (1). The Minister of Economy and Finance, Bruno Lemaire, estimated that the legislation - whose details will be specified in the spring of 2019 - will attract the best dossiers to France, provided that in Europe, under the weight of the banking and/or European lobbies, would not hinder this direction! The present government wants to make France the first major financial centre to propose a clear and appropriate regulatory and legal framework for the project owners as well as potential investors.

All risks associated with an ICO approved by the AMF will not disappear like that, but the investor will have the minimum of quality guarantees that do not exist today. The list of companies and/or platforms meet the AMF criteria, will be therefore a valuable benchmark for investors. The labelled actors will be included on a “white list", on which the AMF will communicate to the public. The list will identify those actors who comply with the rules and provide them with a significant guarantee of respectability to the subscribers. It is therefore conceivable that only those AMF-approved ICO will have a chance of attracting subscribers, being sometimes incensed and more aware.

We wish that the French power and its representatives (AMF) continue to advocate in this way in Europe and in the world. France is still quite alone in this position, but there is no doubt that common sense will prevail. It should be noted that not everything has been resolved. In particular, the AMF authority will likely not be granted the power to sanction token issuers who, although obtaining an approval, would not comply with their obligations. Furthermore, it remains almost impossible to open a cryptocurrency bank account in France. The French banks must take care that they do not play a back-fighting - much like the one banker from the Square who recently wrote, "Crypto currencies are the utopia of a world in which currency would operate without intermediaries, everywhere, and by guaranteeing the transactions anonymity". The American and Asian bankers no longer ask this kind of question. The French government and the prudential authorities - which do not seem to be complacent - seem to be ahead than banks!

Briefly, the adoption by the assembly of this article 26 of the COVENANT (and the Article 26 Bis) (1) is a great step forward for France that we can rejoice. Provided the French Senate does not block it and that the European Commission follows.

In this framework, PIA (Participatory Investment Advisors) must be able to play a key role in issuing ICOs, provided they develop an appropriate blockchain solution.

The PIA are well positioned in this ecosystem:

In the light of the expected volumes, the stakes are enormous. The PIA and/or their mangers have there an important development opportunity. It is in this direction that ICOs, AMF and PIA must be a winning cocktail.

(1) The Special Committee of the National Assembly responsible for the review of the draft CONVENANT ACT had adopted the Article 26, creating thus a legal framework for the issuance of digital tokens through the technology of "Initial Coin Offering ", ICO, a new mode of funding in full boom, particularly within the Blockchain technology ecosystem.

""While awaiting the European and international regulations, required on these transnational subjects ", as specified in the draft bill, the text clearly defines what a token (or "Token") is and assigns to the AMF Authority the responsibility of granting an optional approval to owners of "legitimate" projects, respecting some criteria and rules. The article states as follows:
"[..] is a token, any intangible asset representing, in digital form, one or more rights that may be issued, registered, retained or transferred by means of a shared electronic recording device that directly or indirectly identifies the owner of the said asset.
*[..] an offer of tokens to the public is to offer to the public, in any form, to subscribe to these tokens. The issuers shall prepare a document intended to provide any useful information to the public about the offer and the issuer." *
This document must provide an "accurate, clear and non-misleading content that provides an understanding of the risks associated with the tokens offer".

"'The AMF will be entrusted to review the documents prepared by the token issuers in respect to their offer ("White Paper"). Furthermore, the AMF is entitled to require issuers to have the status of a legal entity established or registered in France, implementing a mechanism for sequestering the funds raised, or any tool having the equivalent effect, and a system for customer identification and knowledge. The labelled actors would be included on a “white list", on which the AMF would communicate to the public. The list would identify those actors who comply with the rules and provide them with a significant guarantee of respectability to the subscribers. Tokens with the characteristics of a financial security would nevertheless remain subject to the regime of offering financial securities to the public." 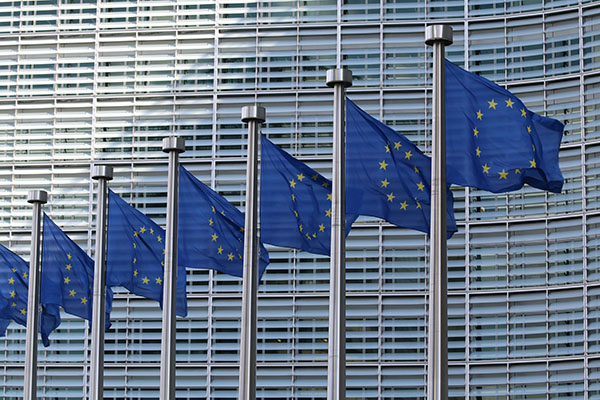 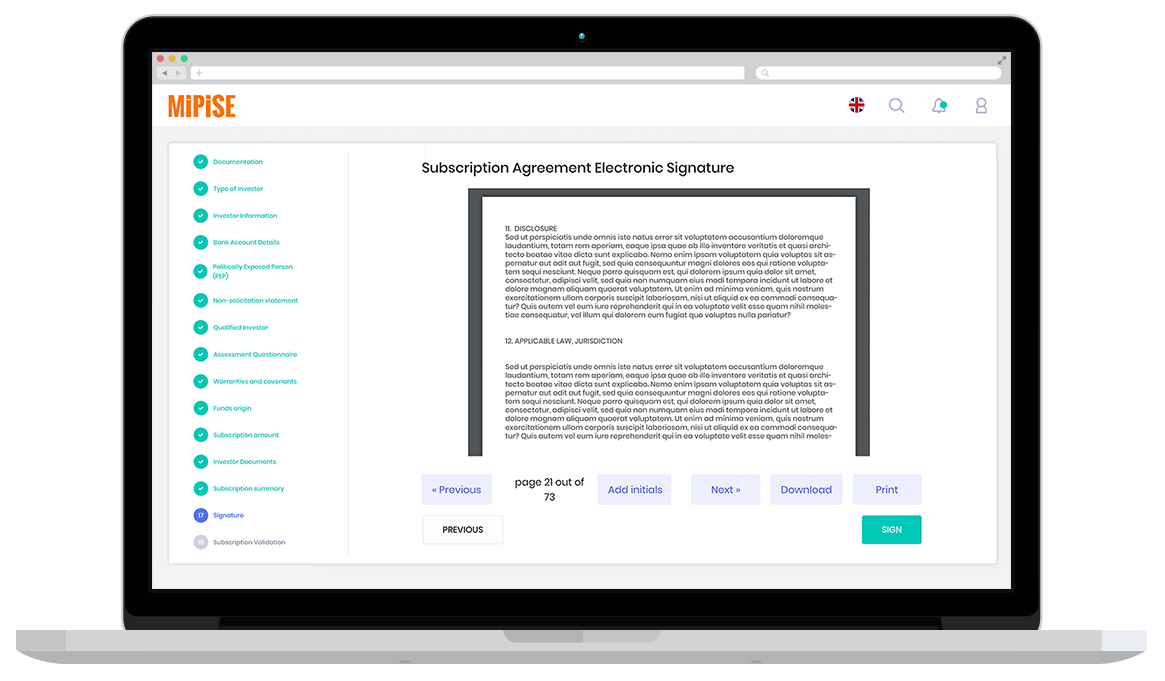 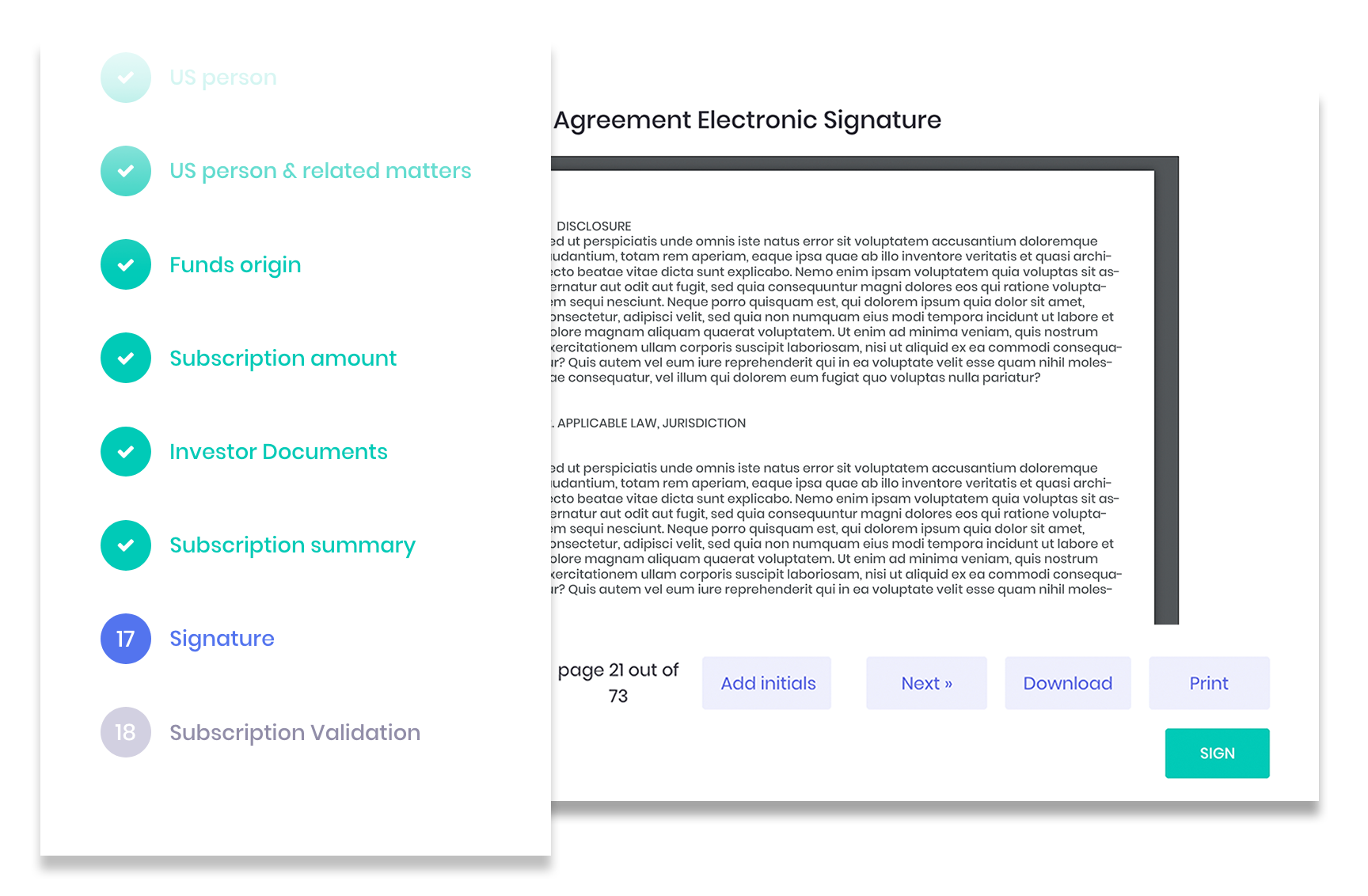 The dematerialization of the fund subscription process 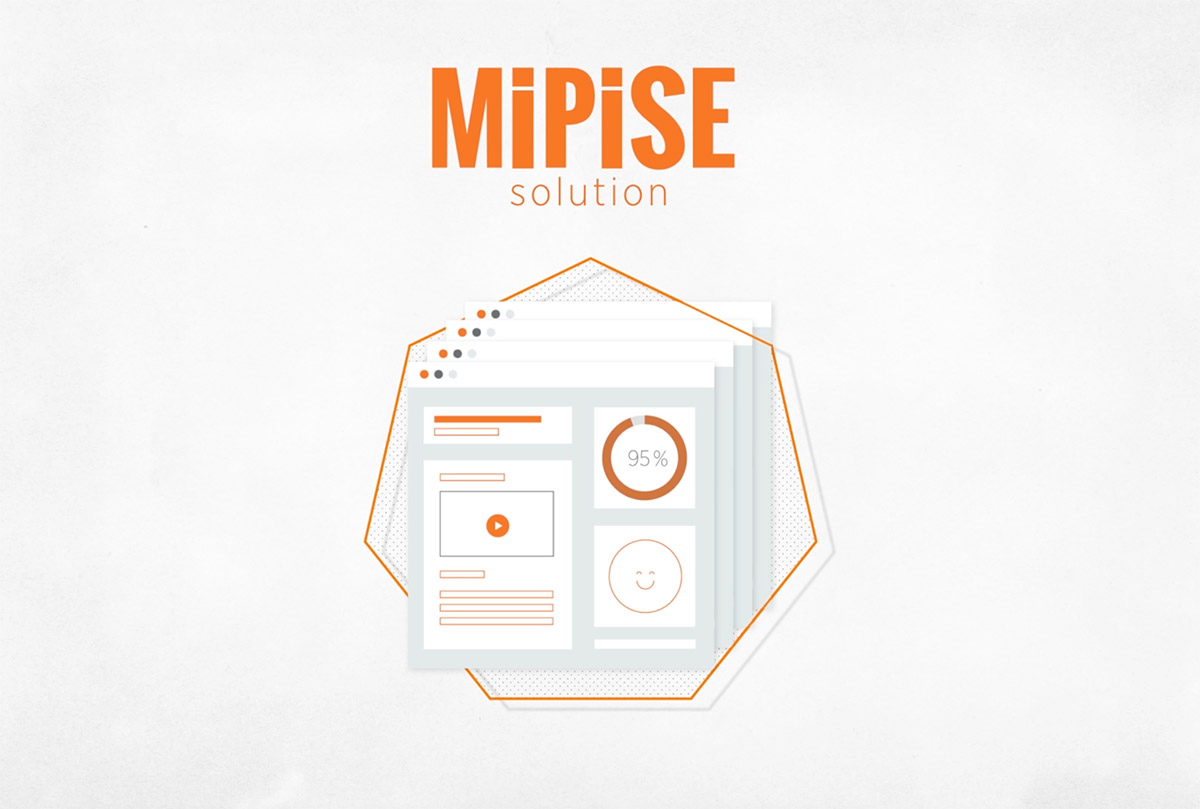 How to facilitate the cash flow management of crowdfunding platforms outside the SEPA zone? 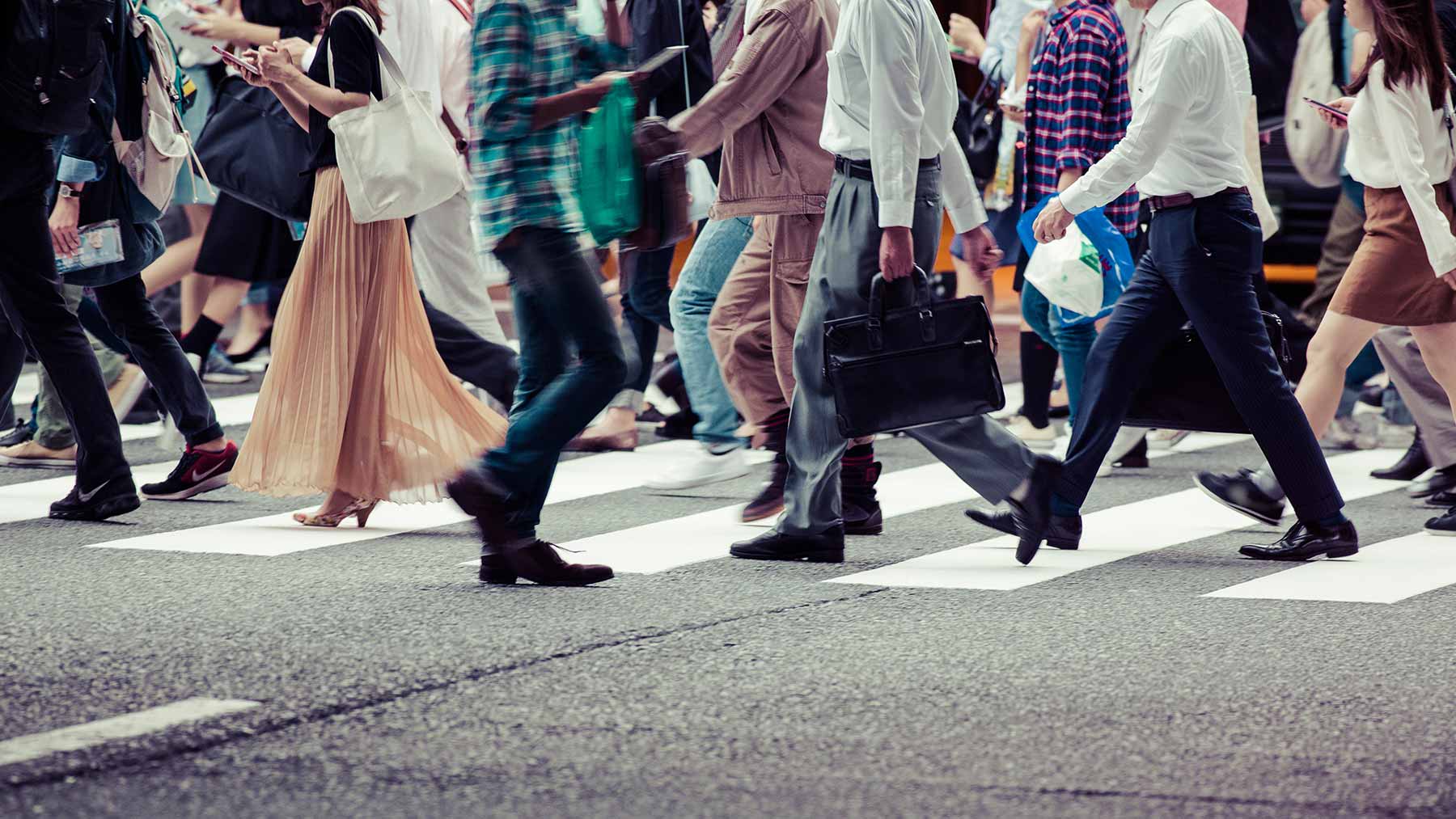